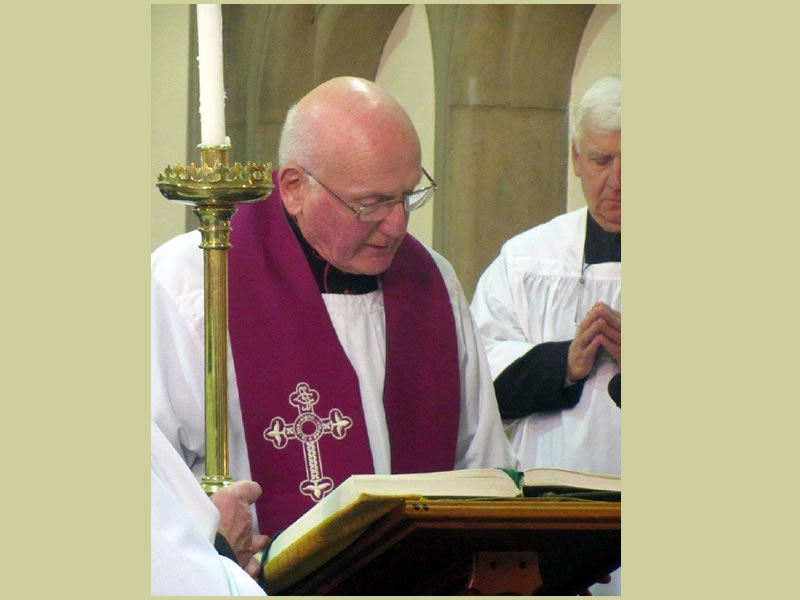 I was born during an air raid over Gloucester in 1941. My father was chaplain in the RAF and he was posted
all over the UK. After being demobbed, he found livings in the South of England which meant that I lived a
somewhat nomadic early life. I was at School at Milton Abbey in Dorset and after school I worked for some
years as a laboratory technician.

I was trained at Kelham Theological College run by the monks of SSM in the 1960s and ordained at
Blackburn Cathedral in 1967. I was an honorary curate at Lancaster Priory( paid a compulsory stipend of
£1.00 a year in four equal instalments ) whilst studying at Lancaster University. It was here that I met Pam,
my wife.

After Lancaster I moved south to Portsmouth where I spent four years as a curate at Saint James’ Milton
having responsibility latterly for a daughter church, Saint Andrew’s Eastney.

In 1974 we moved with our first child to Ault Hucknall in Derbyshire. I was asked to go to Derby in 1984
and we moved with our family which had by then increased with the birth of twins, and enjoyed life in the
City of Derby. Being vicar of two inner city churches, Saint Anne’s and Saint John’s we gained much
experience of city ministry.

In the year of the millennium the Bishop of Derby invited me to be a honorary Canon of Derby Cathedral. I
retired in 2006 and since then I have helped where I am needed in many churches.

In 2013, we were welcomed to Saint Laurence’s and Holy Trinity where we have made our spiritual home. I
have had the great privilege of ministering from time to time in both churches.

My interests include reading novels and biblical commentaries and also jam and marmalade making and
cooking. We often care for our three young grandchildren and they delight but exhaust us